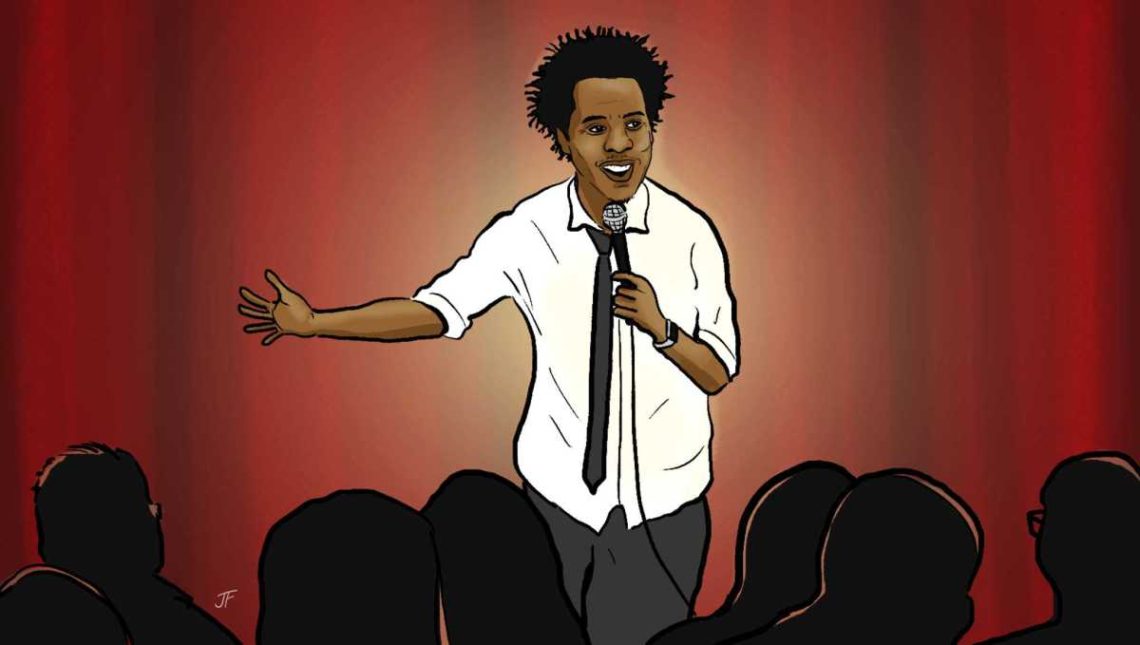 I think Jesus is one of the top comedians of all time.

He makes you laugh hard.

You are slapping your thighs, jaws unhinged with laughter until you realize the joke is on you. For Jesus’ comedy has a sharp edge to it: It exposes your contradictions, and comedy’s oxygen for laughter is the exposing of contradictions.

You can choose to laugh at yourself, which is the beginning of transformation because people who take themselves seriously fear change. People who can laugh at themselves have taken the first step towards change.

Comedy is also a great way to get past defensiveness. Laughing relaxes your body, and relaxed body is a relaxed mind. It is Trojan Horse of sort, except that what it wants to sneak past the impenetrable wall of defensiveness is truth. Once truth is in, you can’t stop it from its work of dismantling lies.

I think parables work very much like a stand-up comedy routine. They build on common assumptions until the unexpected punchline upturns all of the previous assumptions. It’s uncomfortable, but it’s so knee-slapping funny! How else do you explain 5,000 people listening to Jesus while deaf to their growling stomachs? No teaching, no matter how good, can sustain a crowd that long without humor. At the end of many parables, people clapped and said, “That’s a good one!” They went back home and said to others, “Hey did you hear the one about the slave who buried his treasure?”

The humor in parables is lost to us because no matter how we reconstruct the historical context through commentaries, we simply don’t get all the cultural references in Jesus’ words. There was a wealth of common stories, tropes and assumptions Jesus plumbed when he shared parables. For example, when he says, “The kingdom of Heaven is like …” he was accessing the common memory bank of all previous Kingdom of God stories told by other rabbis. We can only explain ourselves into the common assumptions that are the piano keys of parables — and when you explain a joke, you have lost the punchline.

Another thing that keeps us from fully understanding the humor is that we are usually reading the parable with our eyes alone. Even the material of great comedians of our day isn’t as good on paper as it is in the air where it hits our ears. Part of the humor is the physicality of the comedian, the body of the comedian and the air-vibrating words themselves, spoken and inflected. Comedy is a physical experience…
(continue to read at Presbyterian Outlook)