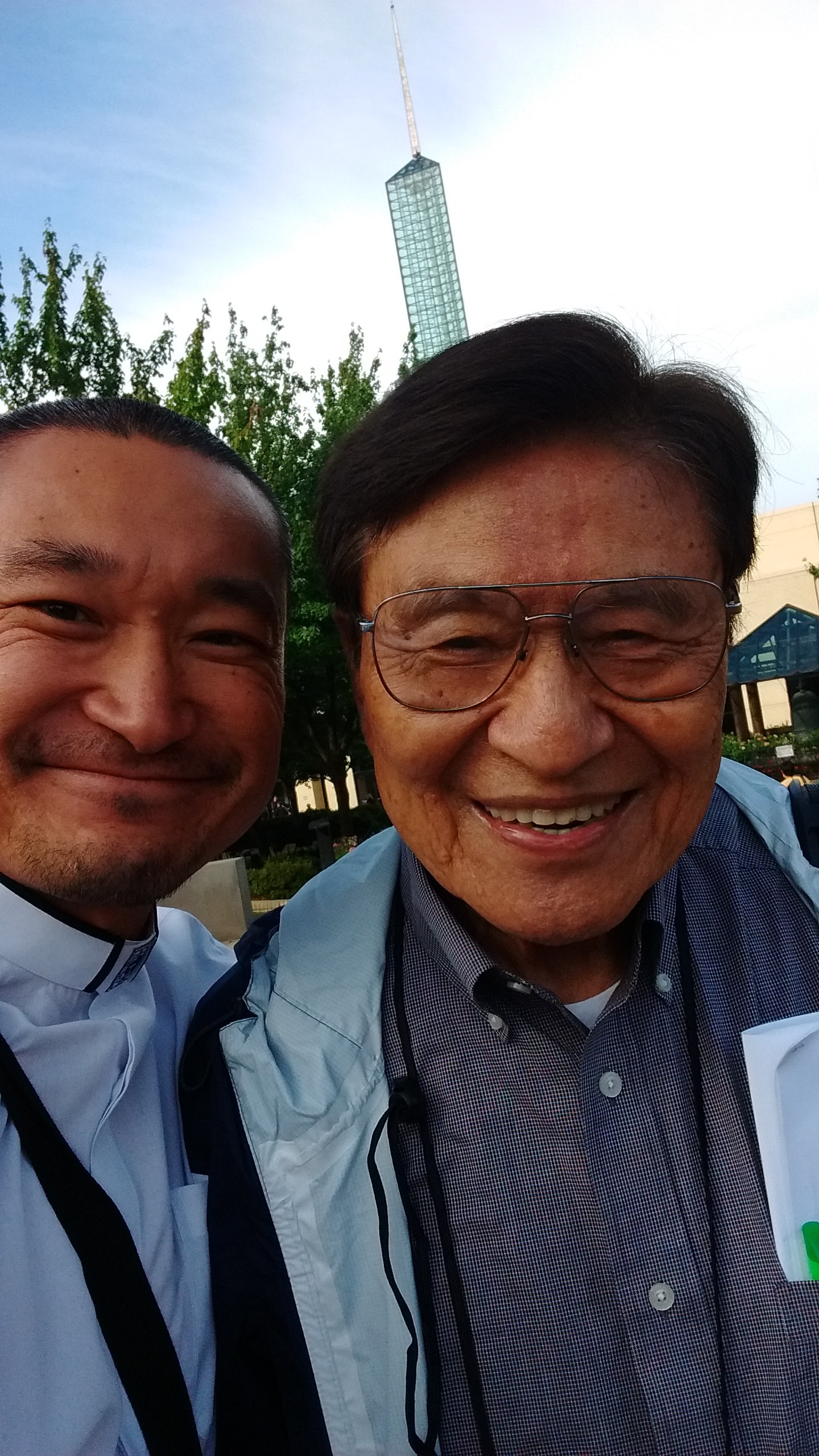 What makes or breaks a conference experience, more than speakers and schedules, is your roommate. Especially if it is eight days long like the 222nd General Assembly I attended as a commissioner in Portland, Oregon. If your roommate is a train-snorer, your sleep is shot and your days hazy. Nosy or talkative roommate? You will be sneaking into your room after they’ve gone to bed. On the other end, silent ones put you on pins with their gaze hot on your back as if are being quietly judged on your drawer organization and devotional length. You can pay and upgrade to single occupation or go with your spouse. Neither were options for me, so I played roommate-roulette. I was praying for a perfect roommate the way some pray for their future spouse.

A month before the assembly, I received my roommate assignment: Kenneth Kim. Korean American. Not bad. He will not mind me bringing some Korean squid-jerkies…

So the two sisters sent a message to Jesus telling him, “Lord, your dear friend is very sick.” – John 11:3 NLT

So how did it feel to be a friend of Jesus? Does it mean you kicked back with Jesus whenever Jesus wanted to leave behind the whole messiah-role and wanted some time for himself? Did Jesus crack more jokes with you? Or did he just nap at your sectional-couch because he was so tired of teaching and what he needed was a quiet companion, where there was no need for talk because both of you understood each other, so much so that even silence was a comforting presence?

But Jesus is quite harsh to let his friend die like that. Even if Jesus was confident of the end result, that he would restore his friend from death and the miracle would glorify the Father, the fact is the friend died expecting the coming and healing of his friend Jesus. Instead, Lazarus closed his eyes knowing Jesus never showed up. Lazarus did not get the memo that this was all part of Jesus’ plan, that in four days he would be jolted from death into life. The friend faced death like every human being, alone.

Or perhaps he did not feel alone. Perhaps he was so confident of the friendship that he did not feel disappointment? He knew that the silence from Jesus was not apathy but that silence between friends, when friends know each other so well, that talk gets in the way, and even absence is a form of presence. Perhaps that is why Jesus let his friend go through the gates of death.

Jesus could have done this miracle with almost anyone. But he performs this miracle with his friend. And that intimacy was not really for the crowd, because raising anyone from the dead would have had the same shock factor. Perhaps it was because Jesus knew that when Lazarus walked out of that tomb, Lazarus would have understood completely and it would be like the old times, as if the death and the resuscitation never happened. That once Lazarus got his strength back, he would say, “so what’s new?”

Jesus, I am your friend. I trust you that no matter what happens, that I will always be your friend, the one you love.