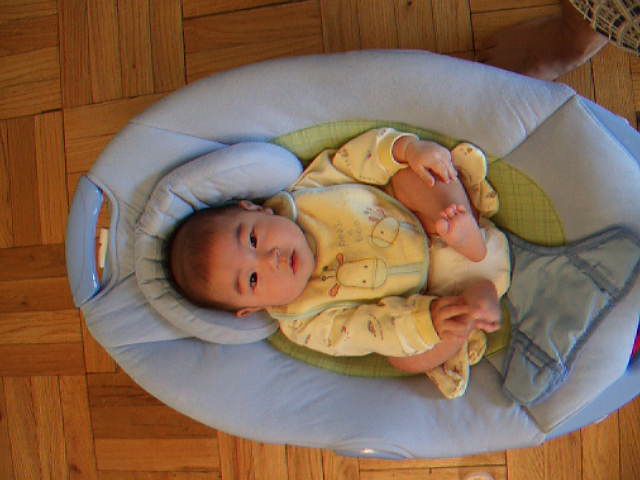 “The Child is Father of the Man” – William Wordsworth

January 6th might become historical, or not, but certainly significant for me, for a boy was sucked out into this world (vacuum was one of the “midwives”) and by demanding milk, the wiping of his ass, and entertainment of song and dance from me, he has made a father out of me.

It is a lopsided relationship, an unrelenting helpless person, the infant named Ian, and a discombobulated source of help, that would be me. Yet, there is still a mutual etching.

I have mapped out Ian’s life but he is pounding me into shape through sleep shattering shrieks and joy-inducing cooing. I, the lord of his life, is at the mercy of his beckoning call. Though I am the father, the infant is in charge.

And I recall Jesus’ new perspective on leadership, turning the whole power game on its head: “Unlike the gentiles, the greatest must serve the least.” I nod in agreement until I nod into sleep until Ian whales for his bottle.