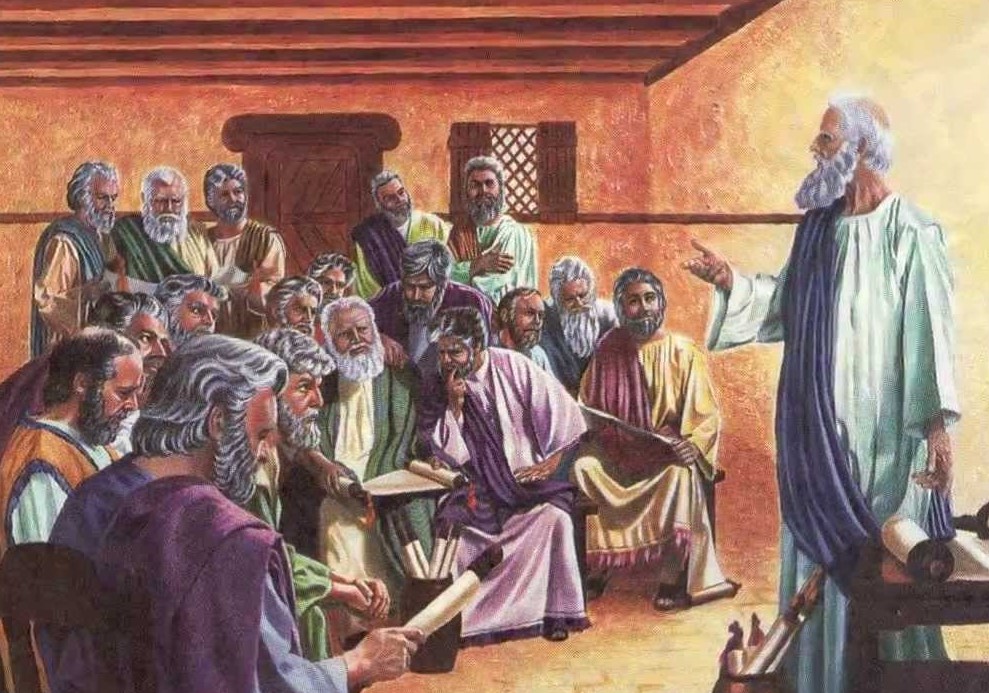 “Instead, we should write and tell them to abstain from eating food offered to idols, from sexual immorality, from eating the meat of strangled animals, and from consuming blood.” Acts 15:20

This is the first council of the churches on a make or break theological issue and the spirit of their rabbi Jesus prevailed over the gravity of tradition, a surprising turn.

Many Pharisees wanted to impose circumcision on the new Gentile ranks of Christ-followers. They saw this as an essential element to following Jesus, who himself was a Jew and circumcised: not a shabby argument. If this first council imposed circumcision, then Christianity could well have been a Jewish sect footnote. But Peter hits on what was the fundamental message of Jesus, “We believe that we are all saved the same way, by the undeserved grace of the Lord Jesus” (v 11).

This message, that all are saved by the same grace, fortifies this fledgling church. But still, the council could not totally unchain itself from Jewish mores. They did not go all the way. As we read in v 20, it sets some classic Jewish laws as requisites. They are less severe than circumcision but they are set as laws nevertheless. Paul goes on to dismiss even these laws as he becomes more radical in his mission and theology. He writes in the letter to Corinth that eating food sacrificed to idol is totally permissive and it is an issue of conscience. But for now, Paul and the church settles for this compromise…and this is what I get…that compromise is not bad.

Compromise is an act of trust in God’s progressive work. Compromise forces the discipline of humility, for compromise is an act of repentance, accepting other ways of doing even when we think we are fully in the right. Lack of compromise leads to divisions and standstills. But more dangerous is victory without compromise. The victors will not only gloat over their win but will pride themselves for their purity, for not having compromised. Purity leaves no room for repentance and it is dangerous for people to think they have nothing to rethink.