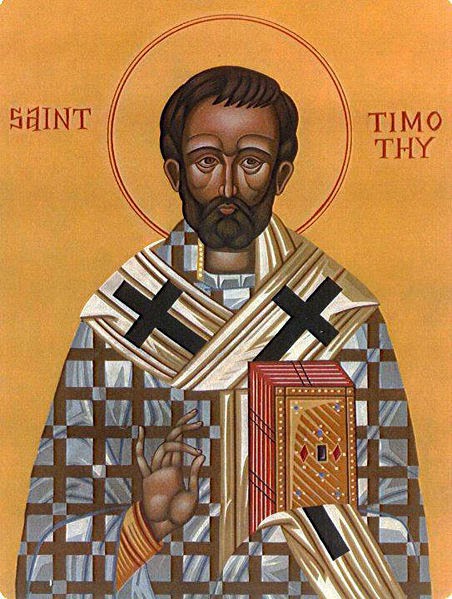 Paul went first to Derbe and then to Lystra, where there was a young disciple named Timothy. His mother was a Jewish believer, but his father was a Greek. – 1 Timothy 16:1

Timothy was called many things, but none of them made him tear up. For sure, the slurs hurt, all the more reason not to give them the satisfaction of seeing his pain.

Timothy hated going to school. He often feigned illness. Disturbing, really, how in the morning when he gazed in the mirror, the feature he hated most always stood out, his father’s eyes, his mother’s nose.

So it caught him off guard when Paul said to him “My Son.” His father never said those words to him. His father was gone before Timothy learned to say, “Dad.” He had no memory of him. And the only thing he knows about him are from the gossips overheard after the Sabbath readings.

So when Timothy heard Paul calling him “Son,” before he could reign in his emotions – a skill he thought he had mastered — tears ran down; he was sobbing like a kid. He was back on the playground, on the streets of Lystra standing before all those who pelted him with those names. And then a single word, “Son,” quiets all those slurs by embracing them.

Then Paul left Athens and went to Corinth. Athens and Corinth were major cities in Achaia, the region in the southern portion of the Greek peninsula. There he became acquainted with a Jew named Aquila, born in Pontus, who had recently arrived from Italy with his wife, Priscilla. They had left Italy when Claudius Caesar deported all Jews from Rome. Paul lived and worked with them, for they were tentmakers just as he was. – 1 Acts 18.1-3

Pricilla and Aquila landed in Corinth in disbelief and shock. It all seemed like a nightmare one will wake up from, a fading memory by the day after. Priscilla still hope that any moment, she would be roused awake to their home in Rome. When the ship that brought them to the port of Corinth left, Priscilla fell on her knees, distraught. There will be no waking up.

They had made it, unlike most of the Jews, in Rome. They worked hard, slept little, eventually opened their own tent-selling mom-and-pop shop. After a decade of bone-wearing work and frugal living, they had bought a house, a small corner lot, just enough for the two of them. Then one night, the Italian regiment barged in, threw papers into their face and claimed their homes for the Emperor because all Jews were being expelled for treason, and before they knew what was happening, they found themselves outside on the street, homeless.

They did not see how they could rebuild again. But they had to eat, so they employed themselves with the only thing they knew how, tent making. On their third day in Corinth, they saw a Jew, short, bald, a weathered face made gentle with an inviting smile. He was always humming hymns while stitching fabric. One day he stopped by and said, “Hello,” and after few pleasantries they were telling this guy, who called himself Paul, everything that happened to them.

Paul heard their story, his eyes reflecting empathy which is not pity but something more strict and loving. When they finished their story, Paul broke out in a smile that made light of their suffering, not dismissively but in the way hope makes light of even the darkest experiences. Then Paul rolled up his sleeves, “this was in Lystra,” exposed his abdomen, “that was from Thessalonica, not too long ago, and this,” he opened his back to them, “was from Philippi” and it was lined with welts that ran the length of his back. There was hardly a clean patch of skin.

From that day on they sewed tents together as Paul spoke to them of Jesus who was expelled from Jerusalem and nailed to the wood but how the Great Reject became the Great Savior. They began to forget the home they lost in Rome. Actually, the whole world no longer felt like home because the nights spent tenting and talking about Jesus with Paul felt like home.