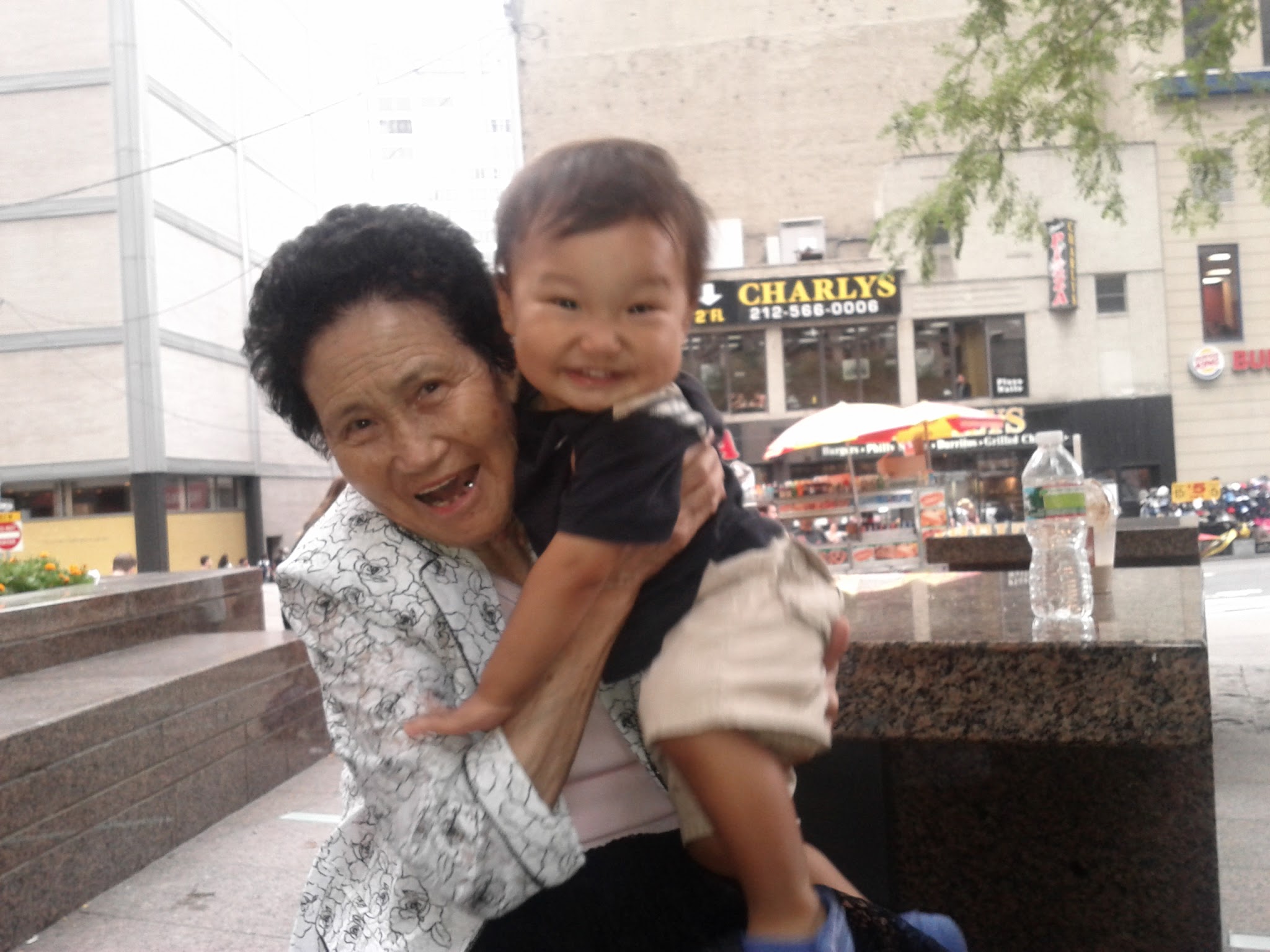 We would like our saints to be pristine. But there are no faultless saints. Often, their virtue is their vice, just turned towards God, a weakness lit in God’s generous light and it suddenly becomes strength. In this way, all saints point to God and give us hope that we too can be counted a saint.

My grandmother, Won Song-Jeol, was a fierce woman. To those who saw her taking Q27 bus at Main Street of Flushing NY, she was a frail old women needing help getting up the stairs. To those who saw her at church, she was a caring elder with her tall slim body, child-like smile and kind eyes. But those soft features just barely concealed her fierceness.

When she was 40, she prayed for the salvation of her husband, Son Dong-IL, and continued to tithe even though her husband beat her for what he deemed thieving. Then one morning, he was struck dumb and could not speak for days.

When he felt the call to ministry, she moved her family of 8 – six children — to Seoul where she balanced 20lbs of rice over her head to sell on slum streets to pay her husband’s seminary tuition.

It was this fierceness that made her a prayer warrior and spiritual giant.

That same fierceness also made her a difficult person to live with at times.

When she lived with her first son in New York, she kept nagging her daughter-in-law in the correct way to cook, clean and do laundry though her daughter-in-law, my mother, was in her sixties and a grandmother with 4 grandchildren.

I vividly remember an incident. She was arguing with her youngest son who was then a missionary with a two year old girl of his own. Voices rose, both were shouting simultaneously when suddenly she hurled a sofa pillow and hit him squarely in the face. I was shocked at the velocity, almost knocked my uncle’s glasses off, and at the childishness. The argument was over a Gypsy boy my uncle had adopted. His daughter was getting sick because of the germs the boy had brought home and the father’s duty, she was convinced, was to return the boy. My uncle refused and he got the pillow.

We would like our saints to be pristine. But there are no faultless saints. Often, their virtue is their vice, just turned towards God, a weakness lit in God’s generous light and it suddenly becomes strength. In this way, all saints point to God and give us hope that we too can be counted a saint.

Her fierceness bent towards God became persistence in prayer. She was a prayer warrior,  navy seals of petition. You need an impossible prayer, send her in, she will get an answer. When I called my brother Daniel after I heard of my grandmother’s passing, he finished our call asking, “So who is going to pray for us?”

She prayed for hours every evening, and then hours every morning, because she was a fierce women. Her fierceness tired God out until God eventually gave in. Do you know of the parable of the widow who hassled the local judge until the judge finally relented and gave her the justice she begged for? That’s a story loosely based on my grandmother.

If Guinness tallied the most 100 day prayer campaigns finished– and why not since they have records of longest nail– she has the world record. She prayed such lengths because she was a fierce woman and prayed until she got an answer from God.

Death did not scare her. She was fiercer than death. She longed to go quick and fast, ready to be united with the Lord and reunited with her husband. “Don’t stick me with tubes!” she made her children promise.

But when she fell and hospitalized, it was difficult for her children not to try their medical best to keep her alive. When she went to hospice, three days later she left this life. I think she chose not to fight to live. This too was her fierceness, strong enough to loosen the fingers, to lose what cannot be held.

I know choosing to recall more of her faults than her good deeds in a snapshot such as this is misrepresenting. But everyone who knows her even a little already knows her as the prayer warrior. I know her as the great pillow shot and that make her my grandmother.  I miss her.