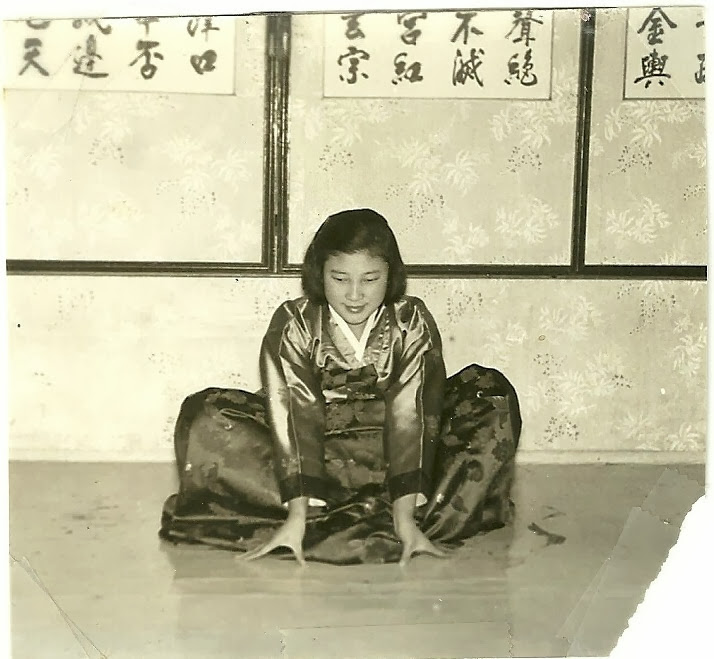 Eric Barreto, an associate professor of New Testament at Princeton Theological Seminary, started his Bible study on “differences and diversity in the Book of Acts” at Big Tent by asking the 600 gathered in St. Louis to turn to the person next to them and tell the story of when they first experienced their race or experienced people of another race. Of course, he says, no one needs to share. But who is he kidding? We are Presbyterians. We love to talk. Soon the chapel’s vaulted ceiling was swirling with noise like the “thunderous cascades” described in Revelation as strangers shared intimate stories.

She tells her story of growing up with a black nanny, a privilege she didn’t recognize until college because she had been born into it. As the proverbial saying goes, fishes don’t know they are in water.The stranger to my right is the clerk of a presbytery. She is an elegant senior with short red curls, a thin long face and glasses on her sharp nose through which she looks at me with compassionate eyes. She doesn’t look anything like my mother, but she still reminds me of her.

I tell her I knew my race the moment I landed at John F. Kennedy airport in New York. I was seven with only two English phrases: “Thank you” and “Where is the bathroom?” I entered first grade and was promptly ridiculed for my slanted eyes. But this was, to an extent, the usual playground chaffing. Children are cruel in their name-calling; I speak of children as if they are another species, but we were all once children. We would take the slightest difference in physical feature and turn it into a slur. “Big eyes,” “pig nose” and “flat face” – these slurs might stir painful memories for some readers either as the recipient or perpetrator. Ribbing happened in Korea just as it happened at P.S. 20, my elementary school. The slurs hurt, but cruelty inflicting the hurt was imitative cruelty. The kids in my grade saw older students use these words, so they acted likewise for the cool factor. Most of the time, kids riff on each other and then would forget about it as teammates were needed for a game. I played shortstop, and suddenly I wasn’t “slanty eyes” but Ozzie Smith. And alliances change quickly, which meant I wasn’t out forever. I knew that I was Korean, I didn’t speak English well and I wasn’t white, but I had friends. I belonged.

But an incident in middle school shattered that illusion. I learned that whiteness and American were synonyms in the internal dictionary for many Americans. We had bought a house in Long Island, leaving the roach-infested apartment in Queens. It was a ranch home with a fenced yard and we decorated the walls with our family photos; I covered my room with posters of the 1986 World Series Champion N.Y. Mets. We also hung framed copies of our citizenship documents, thanks to what my father called a divine act: the Immigration and Reform Act of 1986. It was a good year for us. We were home.

Then returning from worship one Wednesday evening, we turned into our driveway and saw black graffiti across our front door. It hissed, “Go back home chink!”

We moved out about a year later.

I told this story in different forms to difference audiences. I told it in a poem, in a personal essay on America’s hypocrisy and in a column on the American dream. I’ve told it to my Asian friends, and they all chime in with similar stories. I’ve told it in a Duke religion class and heard many gasp.

Whenever I tell this story, I usually feel the lingering tremors of anger for the invasion of my home. But when I told this story to my stranger-confessor at Big Tent, I felt sadness surging in me and threatening to break out into tears.

Barreto, who knows how to artfully work an audience, claps twice and turns the audience’s attention back to him and silence falls quickly. As he goes deeper into the Bible study, my thoughts continued to flit in and out as I tried to figure out why my heart swelled with sadness. It was a new emotion for the memory.

I flew into St. Louis for Big Tent from New York. I live in Raleigh, North Carolina, but I had been in New York to celebrate my mother’s 70th birthday with family. My brother from Seattle flew in with his family of four. My mother’s sisters from Canada and Korea flew in, too.

My family of five drove to New York. When we arrived at my mother’s home, she came down the stairs a little slower than I remembered her moving in the past. I hugged and kissed her, her body smaller than I remembered. And her hair didn’t look quite right. She used to wear a majestic pompadour, now, I find out, she is wearing a wig.

“When did you start wearing them?” I ask her as we are setting up for dinner.

“A year ago.” Her hair loss had been sudden.

She laughs as she tastes her kimchi stew.

In a week, she will be moving out of the house and into a single bedroom apartment. My parents can no longer afford anything more. My father is retired. The church (not Presbyterian) didn’t pay for pension, which is the norm for immigrant churches. Mother started working for a company providing home assistance service for elderly. She goes to senior invalids and helps out in the house: cleaning toilets, emptying trash, chit chatting and nodding to re-run stories, changing the bedding of their hospital beds.

All this time I thought she was working as a counselor for seniors. That is how she described her work to me

“It’s ministry, my son. I go to lonely elders. I sit with them, talk to them. It’s simple really,” she told me over the phone when she first started working again.

My brother tells me, “She is not a counselor. She is a house maid.”

“How many hours do you work?” I ask her after all of the grandkids are in deep sleep after a full day of swimming – they are sprawled out on the living room, now reimagined into a camp.We hear what we want to hear. I’m sure she is framing her work as ministry, and should do so. It’s a good theology of work. And I’m sure she works with the same sense of calling and passion as she did with my father before he retired. She loved being a pastor’s wife. She enjoyed feeding the whole youth group and visiting at hospitals. She was a pastor, too. No. She a pastor. She is not just a maid. But she is also a maid. Her bones ache. She takes a painkiller almost every evening.

I tell her my brother told me that she works 60 hours each week.

“Sometimes, if there is need.” She implies the need of the seniors. But I know it’s her own need to pay rent.

“Is that after tax?”

Why did I ask when I already knew the answer? And does it even really matter?

My father is driving me to the airport to catch my plane to St. Louis. The sun isn’t up yet. The streets are lit only by street lamps. The Long Island expressway will be bumper-to-bumper in an hour. It’s dark so we miss the sign to the airport. The GPS gets us back on track. Both of us are squinting; now that I’m 43 my sight is also weakening.