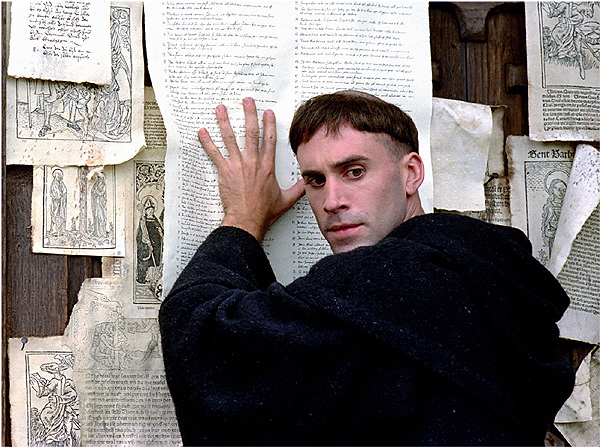 When the sun dawned on Oct. 31, 1517, Martin Luther prepared to share his 95 theses with the German church — not knowing  the day would eventually be pegged as the birth of the Protestant Reformation, and a day that fundamentally changed the landscape of Europe.

The parchment at hand had a laundry list of grievances against indulgence, a way to reduce the amount of punishment required to suffer for sin, as taught by the Catholic Church. In 1500s Europe, indulgences had become a practice that monetized salvation — for a monetary offering, the church would promise remission of punishment in purgatory. The gift of eternal life was turned into a late night infomercial: “As soon as the coin in the coffer rings, the soul from purgatory springs.” Luther could no longer stomach a practice that fleeced peasants to fatten the pockets of clergies and finance St. Peter’s Basilica. He even directly called out the pope: “Why does not the pope, whose wealth today is greater than the wealth of the richest Crassus, build the basilica of St. Peter with his own money rather than with the money of poor believers?”

The common narrative of Reformation emphasizes Luther’s recovery of biblical authority on which he established the doctrines of salvation by grace, and not by works. This is unfortunate, because it caricatures Luther’s social reform solely into a doctrinal dispute. But Luther’s main target was the church’s unjust practice of indulgence. He had to undo convoluted doctrines, haphazardly slapped together through centuries, that were needed to support this inhumane practice. So against the labyrinthine doctrines that were buttressing indulgence — including purgatory, authority of tradition, and infallibility of papacy because lies need more words than truth — Luther marshalled what we now know as the rallying calls of the Reformation: “Grace alone, Scripture alone, Christ alone.”

These were the times…

(to continue to read at Sojourner)