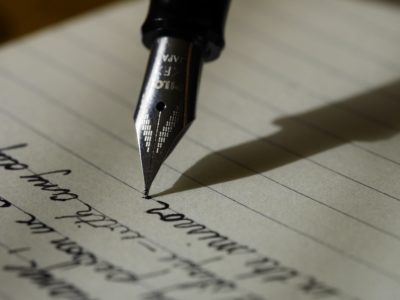 To my brother John MacArthur,

You recently wrote a post warning the selling out of the gospel for social justice fad. Like Paul did in Galatians, you warn us about this “different gospel.” I tried to keep my mouth shut because I didn’t want to fan the fire your post ignited. But like the jackass whose tongue was loosened by an angel and saved Balaam, I (yes, I’m comparing myself to an ass) can’t keep my jaws clamped. Corrected, Balaam turned a curse into a blessing — so you aren’t beyond meta-noia/repentance. I’m going to take your same no-nonsense approach and warn you that you might be the false prophet, the one “bewitching” people to a “different gospel.”

I’m not arguing here for any social justice commitment you call a threat to the gospel. I’m only pointing out the huge lumber in your eye. I know you can’t see it. I can’t see mine and you are eager to dislodge it from my eyes — and thank you for warning me against identification of any movement with God’s Kingdom and the self-righteousness oozing from such absolutism. With that same compassion and eagerness, I’m returning the favor. You don’t seem to know you also stand in a particular culture and language because you are a human person, like the rest of us, bound to time and space by your flesh. You are part of an American evangelical movement, which is not the Kingdom of God. You are, of course, trying to be faithful to the gospel in your context, but the lumber-in-your-eye is that you don’t think you have a context. That lumber-induced blindspot is more dangerous in you due to your prominence. You have inordinate influence and you are not being careful with that. I will try my best to pull that lumber out by spelling it out. I hope at the least I can give pause to you, if not, a pause to anyone ready to jump into your crusade.

Here are some of the flaws in your argument.

You brandish the word “biblical” as if you have a vantage point guaranteeing your access to the “true” meaning of Scripture(thus you know what “true justice” is in contrast to social justice). By “biblical,” do you mean the original intent? Of you can’t mean that because originally, every biblical text spoke to an audience distanced from us by language, culture and history. What Isaiah meant by “righteousness” is not what an American Christian means by “righteousness.” We are always translating what the author said. And like any translation, there is a transference, accretion and loss. That is, as much as those advocating for social justice influenced by the culture of their times, you too are influenced by the culture of our times, only that you have chosen other subcultures. You are translating everything you read in the Bible with the help of your culture, that is, your language which …..
(you can continue to read more in Outlook)