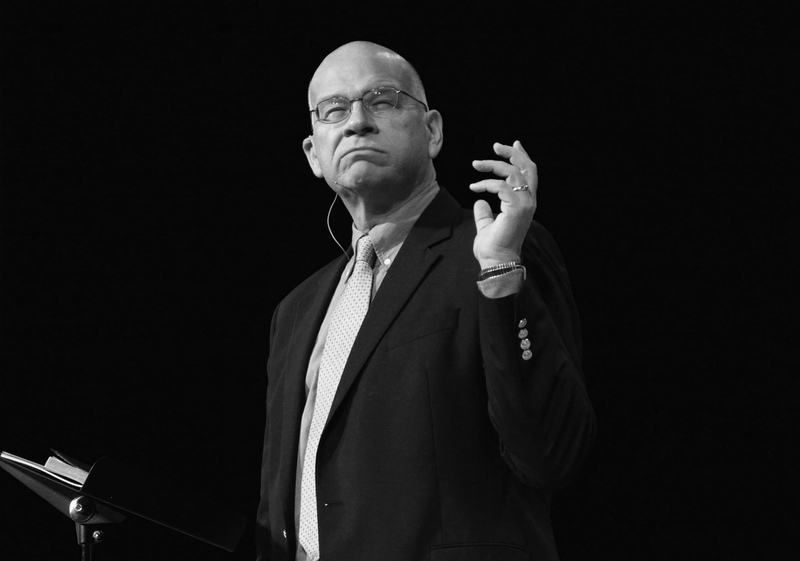 Last summer (2011) I attended Redeemer in New York. Rev. Tim Keller was on a break but an associate stepped in admirably. He was definitely a disciple of Tim; one can tell by his content and delivery which had the same logical pull and subtle passion that moves your mind but also your heart without yourself knowing it. But there was one thing missing; he was not Tim. This is in no way a dismissal of the associate/disciple. Only that when he addressed the audience with the “You,” he did not have the same fatherly authority Tim carries. His “You” addresses came off slightly self-righteous (this could be more reflective of my state). When Tim says, “You are not following the true God even with your Christian language,” you do not feel judged. It actually feels like a fatherly admonishment. Though he is direct, he is not harsh. The gentleness is not in his words but in his tone resonating in his voice and his body. My father is direct and can often come off harsh, though he is lot better now with age. Tim has a more gentle mien than my father. He can lay it on you and then follow up with a smile, and you feel it is genuine. And this, I think, is the main attraction of Korean Americans to him as a preacher and so to his church, that he is like their Korean father, wielding authority, but gentler.

Tim is like the Korean father that every Korean wants, one who is authoritative but gentle, firm but not harsh. Perhaps, it is best to speak for myself (though I feel that I might be speaking for many, and not just Korean Americans but Asian Americans as well, those cultures embedded in Confucianism). I am not comfortable with a dad who is merely equal to me, no matter how long I have been in the states and how many Simpson episodes I watched. I can never be in a first name basis with my dad. I need my dad to be authoritarian or the world no longer makes sense. But I want him to be approachable, so I can crack a joke even in midst of serious conversation. Authoritative but approachable.

Now transference between the pastor and the congregation is undeniable. And the father-child transference is the main dynamics. Catholic priests are called “father” because they embrace this transference. This transference might simply be more prominent in the draw of Korean-Americans to Tim.

What does this say about Korean-American preaching? Many of the “popular” preachers for Korean-Americans have been authoritative. They tend to be in-your-face, self-identifying prophetic preachers. Now authority is not evil at all. So perhaps more preachers should be trained to use their authority well. But authority stands on a dangerous precipice. Authoritative preachers are a slip away from being authoritarian preachers. Authoritarianism contradicts the gospel. The messenger becomes bigger than the message. The preacher overshadows Jesus. The gospel devolves into law.

The way to avoid it is not to go the other extreme where you preach just laying out options. Preaching is never the expression of preferences and therapy is not the antidote to authoritarianism. Besides, you will definitely not get many Korean-Americans listening to you.

One has to preach with authority and with acceptance. Hearing Tim, one never feels judged because as much as Tim points our your faults with a strong “You” and his fingers stretched taut, his fingers are simply the extensions of his open arms. You are accepted. I think Korean-American preaching must have both authority with acceptance. Come to think of it, this is actually what makes the best preachers of any culture. After all, this is what drew many to Jesus. The fishermen and the field laborers flocked to him because he preached as one “with authority” but made you know you were accepted.