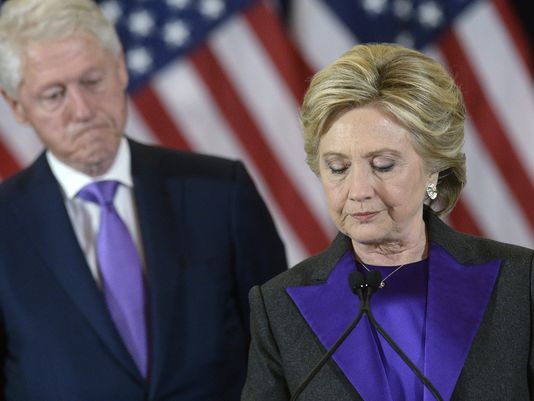 On the last night of the Republican convention, my father called and told me to vote for Trump. I was shocked then, so I wasn’t so shocked when I saw Trump win. My father still doles out unsolicited advice. Sometimes his advice irks me — how I should wear my hair — but this political advice was a shocker: “Vote for Trump. He is going to make America great again.”

My father is a Korean-American immigrant. We flew in as illegals through JFK airport in 1980. In 1986, President Ronald Reagan granted amnesty for all immigrants who came before 1982. The timing was evidence of providence, my father says. Knowing the harrowing anxiety of living as an illegal, I expected him to vote Hillary even if her policies didn’t line up with his conservative Christian values. I might be able to dismiss Trump, but I cannot dismiss those who vote for him because I cannot dismiss my father. This was the undoing of the Democrats; they were dismissive of voters like my father.

The Democrats’ explanation of Trump’s continuing popularity despite stacking scandals reeked of condescension. The Democratic Party surmised that all Trump voters are dupes or people whose moral compass got busted. To vote for Trump is to condone his behavior. But everyone I know who voted Trump declared, “I don’t condone his actions, but….” The Democrats railed about the danger of ignoring Trump’s “fatal” flaws. But Clinton voters were also giving the same preface. They said, “lesser of two evils.” Whose evil will I ignore?

It was easier to lambaste Trump’s sin as worse, because he never fully denied any of the accusations. He ran as a xenophobe, a racist and sexist. Clinton tried to smear her “sins” gray. Anyone else at the State Department would be in jail if they did what Hillary did.

What the Democrats accused Republicans of doing, turning a blind eye to the sins of their candidate, they were also doing. If they had taken their own medicine, then they would not have pre-arranged a marriage to Hillary before the primary dating. Wikileaks released 20,000 DNC emails exposing top DNC staff concerned about the upstart Bernie Sander’s candidacy. So they rigged their own primary.

The elites of the party decided they knew better ….